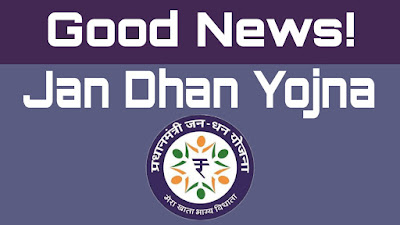 Welcome friends, we will talk about the accounts of Jan Dhan Yojana on our blog today. As you know. That our respected Prime Minister Shri Narendra Modi has sent an amount of 500 rupees to the public money account of all of you due to this corona epidemic. And for the months ahead, he has made some announcements. Why the lock down is increasing. Keeping an eye on him, he has taken a big decision. Let’s know what our honorable Prime Minister Shri Narendra Modi has announced

Friends, we want to tell you that our respected Prime Minister Shri Narendra Modi has said that the amount of 500 rupees which has been transferred to your public money accounts, you will get it in the month of May and June. If you have withdrawn the amount of 500 from your account, no problem. But those who did not get their money from the accounts of Jan Dhan, they will give every amount with interest and they will also get the amount of interest in the coming 2 months, May and June.
And the banks say that the amount has been added to the Jan Dhan accounts. Banks have just put it by themselves. Later the government will return to the banks